According to abbreviationfinder, ST is the 2 letter abbreviation for the country of Sao Tome and Principe.

São Tomé and Príncipe’s economic growth does not keep pace with the increase in population. Following the independence of Portugal in 1975, the cocoa plantations were nationalized, with declining productivity as a result of, among other things, about 3,000 Portuguese plantation owners, administrators left the country. Labor market turmoil, drought, soil depletion, plant diseases have contributed to the deteriorating economy. In the second half of the 00s, however, annual growth averaged over 5 percent. 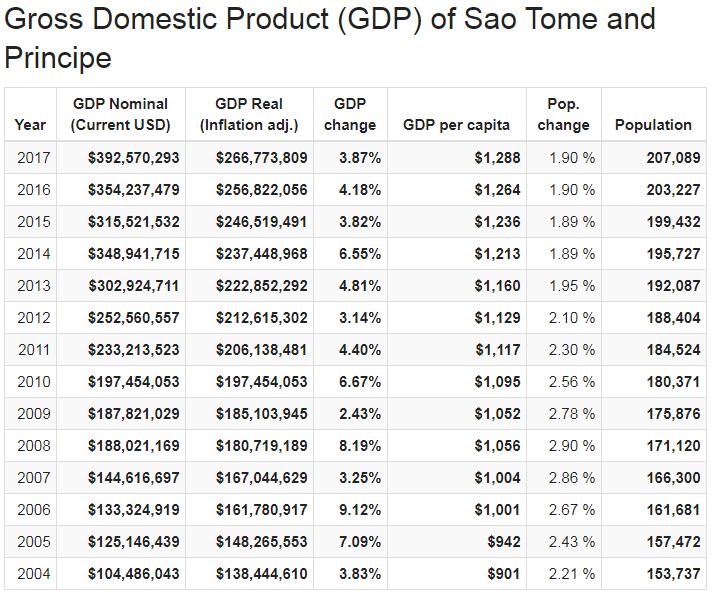 The most dominant agricultural crop is cocoa, which is also the country’s most important export product. Since the plantations for barley crops (in addition to cocoa are also grown coffee, coconuts and oil palm trees) occupy most of the arable land, the country must import most of its food needs.

The industry is undeveloped, and besides agriculture, fishing is an important source of income. As the country’s own fishing fleet is small, a large part of the state budget is financed through the sale of fishing rights to foreign fishing fleets. Oil has been found in the sea off the coast of São Tomé, but no recovery has yet begun. However, licensing money from foreign oil companies is already a significant source of income.

According to Countryaah, the most important trading partner is Portugal, which also accounts for most of the country’s extensive assistance.

The surface of this small African state, located off the coast of Gabon, is 964 km 2, of which 836 belong to the island of São Tomé and 128 to that of Príncipe. The population (124,000 residents In 1991), made up mostly of mestizos and blacks, partly from Mozambique and Angola, generally lives in the agricultural villages of the plantations or in small commercial centers such as Santo António, on the island of Prince. The capital, São Tomé, located on the north-eastern coast of the homonymous island, is a town of about 35,000 residents. (1984 estimate).

The economy is still largely based on plantation agriculture (in particular, cocoa), although a process of crop transformation was initiated in the aftermath of independence both to reduce the country’s dependence on cocoa production (i whose prices during the 1980s recorded a certain decline on the international market), and to try to achieve food self-sufficiency (the country still imports 90% of the foodstuffs needed to live). Another important economic activity is fishing (3583 t of catch in 1991), while livestock breeding is modest and industry is almost non-existent.

There are very few communication routes, limited to 380 km of roads and poor air and sea connections. The capital is the main port and air center of the archipelago, connected with Cameroon, Angola and Gabon. Foreign trade, which for years has been suffering from a heavy deficit, takes place above all with Portugal (34% of imports) and with Germany (32% of exports); other partners are the Netherlands and Belgium. Exports consist of cocoa, followed by copra and coconuts, while imports consist of food and fuel