According to abbreviationfinder, PM is the 2 letter abbreviation for the country of Panama.

Business is largely concentrated to the Channel Zone. In the densely populated, urbanized zone of Ciudad de Panamá-Colón, service industries dominate; in 2003, service industries accounted for over 80% of the country’s gross domestic product (GDP) and employed approx. 2 / 3 of the working population.. In the country at large forms primary industries the largest industrial base.

Tourist revenue, especially at the Channel Zone, is substantial. In addition, due to its liberal establishment and tax rules, the country has significant international banking and financing activities. 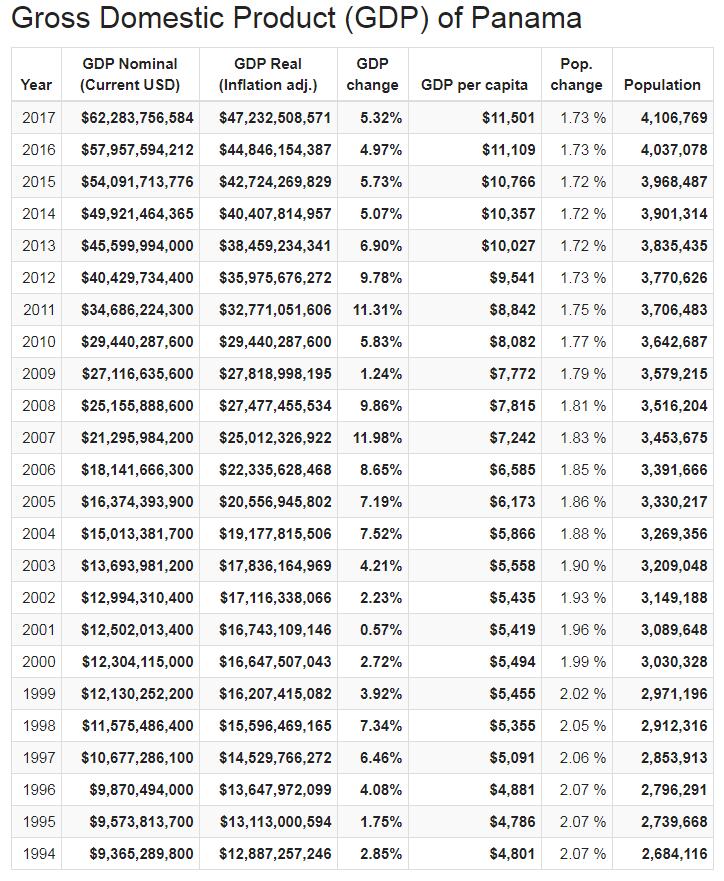 Agriculture (incl. Hunting and fishing) employed 20% of the working population in 2003 and contributed approx. 6% of the national product. The country still has large unused agricultural land, and only 9% is fully cultivated land. The earth is very unevenly distributed. The vast majority of farms are very small, while 30% of agricultural land belongs to large estates and plantations. There, bananas, sugar and coffee are widely grown for export. Bananas alone account for approx. 1/3 of the country’s export earnings. Most important products for local consumption are rice, corn and beans. Otherwise, some cattle and pig teams are run.

During the 1980s, forestry was run to such an extent that the country’s forest areas were reduced by several percent annually. The heavy cutting also resulted in growing erosion problems, and during the latter part of the 1980s periods of chopping restrictions were introduced. About. 10% of the forest is protected in national parks. The timber and timber products are exported, among other things. of mahogany and mangrove bark (for tanning leather).

There is some fishing. Shrimp and anchovies are important export products.

The industrial sector is relatively small and produces most consumer products for the domestic market. In 2003, the industry (including mining) employed 17% of the working population and contributed 14% of GDP. The industry is mainly concentrated in the Ciudad de Panamá – Colón area. Main industries are food industry, refining of imported petroleum (Colón), beverages, stationery and various consumables.

Panama has deposits of copper, coal and molybdenum.

According to Countryaah, Panama’s deficit on the balance of trade abroad is mainly covered by revenues and fees from the Channel Zone, by international banking and revenues from the tourism industry and ships sailing under the Panama flag (convenience flag). Thus, service exports are more important to Panama’s economy than goods exports. Colón has a free trade area with offices and business premises for a number of foreign companies. The Frison was established in 1953 and is today the second most important free trade area in the world (after Hong Kong).

The Pan-American Highway passes through the country from the north and approx. 550 km to the south. There is a stretch to the border with Colombia, Darién Gap (sp. Tapón de Dariél), which consists of alternating rainforest and wetlands. The development of this stretch is disputed. The road network is also best developed in the central parts of the country in the areas around the Panama Canal. The total road length is approx. 11 000 km. The Atlantic and Pacific Ocean are linked by the 82-kilometer Panama Canal. It is now registered approx. 10,000 vessels under the Panama flag (convenience flag), amounting to approx. 20% of the world’s trading fleet. The main ports, Balboa and Cristóbal, are located in the Channel Zone. Tocumen near the capital Ciudad de Panamá has an international airport.