According to abbreviationfinder, LR is the 2 letter abbreviation for the country of Liberia.

In 1996, the Civil War broke out again with fierce fighting – especially in Monrovia. In September, Ruth Perry assumed the post of Head of State, supported by ECOMOG. The war then affected the country’s basic supplies, and in August the main leaders agreed to a new ceasefire. At the same time, ECOMOG sent several troops to ensure the fulfillment of the agreements signed in 1995.

In November 1996, peacekeepers began disarming the rival factions. According to countryaah, the war had then cost 200,000 dead and hundreds of thousands of refugees. 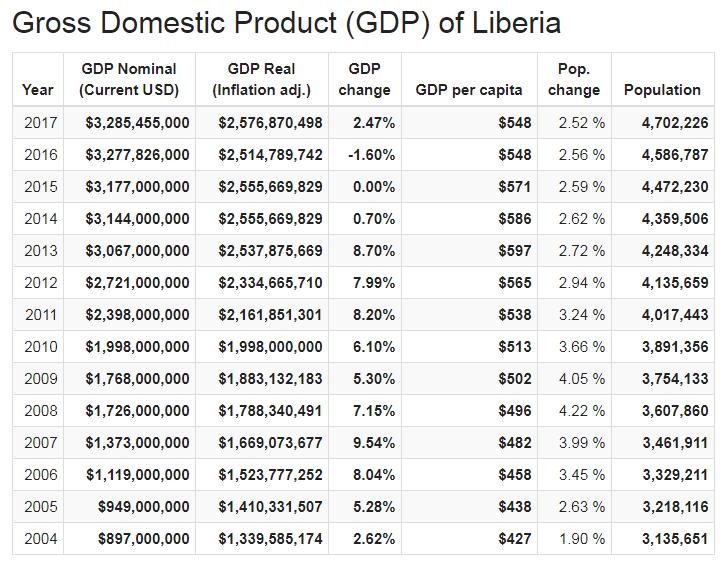 The July 1997 presidential and parliamentary elections were won by Charles Taylor with 75.3% of the vote. A month later, he took over the presidential post. His National Patriotic Front had 21 of the 26 seats in the Senate and 49 of the 64 seats in the House of Representatives.

The President implemented a human rights defense law and appointed a commission to monitor the situation in this area. Still, Amnesty International demanded the establishment of an independent court to investigate the human rights violations that had occurred during the civil war.

In March 1998, the 480,000 Liberian refugees residing in other African countries began registering to voluntarily return home. Nevertheless, the plan ran a serious risk of not being implemented due to lack of donations from donor organizations. The aid also had to reach 220,000 internal refugees in the country.

In June 1999, President Taylor asked Britain to detain the shipments of weapons to Sierra Leone, arguing that the weapons were a threat to peace in West Africa. In return, Sierra Leone denounced that Liberian mercenaries worked for the Leononian rebels. Taylor declared that his country did not support the mercenaries and if taken, they were arrested. At the same time, he denied that his government sent weapons to the rebels in Sierra Leone, although he admitted that their leader, Foday Sankoh, was an old personal friend.

The relationship between the government, the opposition and the media became increasingly tense as a result of the closure of 2 radio stations in March 2000. After closing Veritas station, the government ordered it reopened in March, but at the same time it demanded Star Radio shut down to broadcast statements from North American diplomats and other countries that criticized Taylor’s tenure. 11 opposition parties demanded that the government lift the ban. At the same time, the Liberal Press Association raised a boycott of news of the government’s activities, which had been announced shortly before in response to the “illegal and arbitrary” closure of the 2 radio stations. The association explained the canceled boycott that it aimed to promote “the search for a friendly solution to the tense relationship between the independent media and the government”.

According to reports by Amnesty International, in 2001 many human rights violations took place in Liberia. In March, 40 students demonstrating peacefully against the government on the university campus were thus arrested, tortured and raped by security forces. Many students were forced to go into voluntary exile abroad.

The conflict between the government and the rebellion movement LURD (Liberians United for Reconciliation and Democracy) led to the displacement of about 30,000 Liberians into inter-refugee camps. The movement was accused by President Taylot of being supported by Guinea and of seeking to take control of the northern part of the country.

Acc. reports from UNHCR, UNHCR and Save the Children have been subjected to sexual abuse by 67 staff from over 40 humanitarian organizations – including UN organizations and both national and international organizations – as well as officials from the refugee camps in Liberia, Guinea and Sierra Leone. the governments of the three countries.

At the beginning of 2002, the conflict between the government and the LURD spiked, and as the movement in February began to advance toward the capital, Taylor declared the country in an emergency and intensified human rights violations.

In March 2003, LURD stood just 10 km from Monrovia and demanded that Taylor resign. On June 4, a Sierra Leona court accused Taylor of crimes against humanity and issued an international arrest warrant. The insurgency movement then controlled 2/3 of the country and the number of civilians killed could be counted in hundreds, but Taylor still refused to resign. In July, Nigeria’s President, Olusegun Obansajo offered that Taylor be granted asylum in his country and would not be extradited to Sierra Leone.