According to abbreviationfinder, LS is the 2 letter abbreviation for the country of Lesotho.

Lesotho is one of the world’s least developed countries. Although only about 10 percent of the country’s area is suitable for permanent agriculture, the majority of the labor force is employed in this industry. The main food crops are maize, sorghum, wheat, potatoes and beans. Tobacco is the most important export commodity from agriculture. Livestock management also plays an important role and exports of wool and mohair. 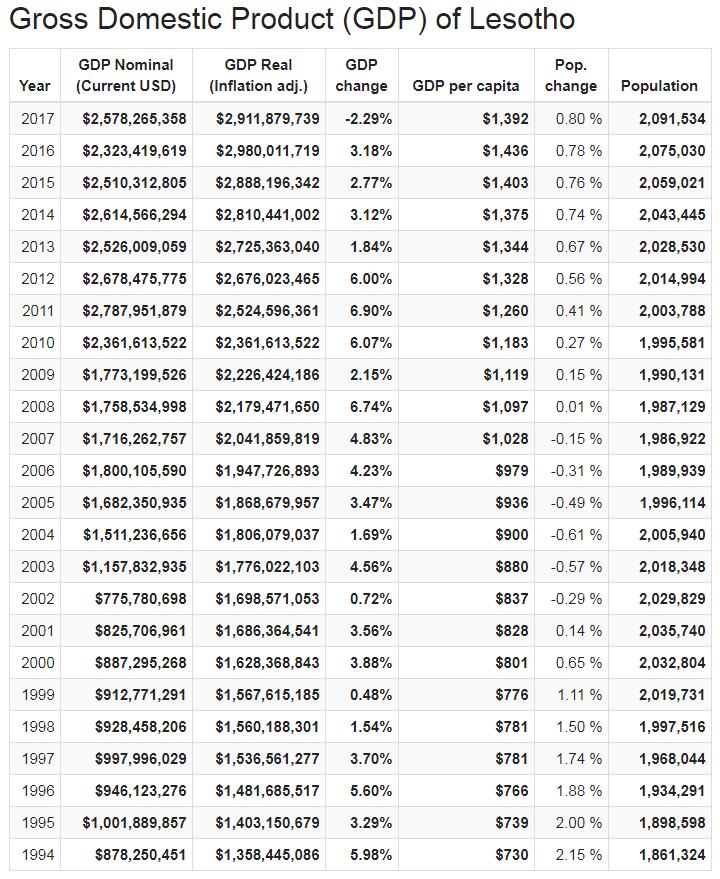 The most important industries are diamond mining and the textile industry, but the latter was hit hard by the financial crisis of 2008–09 and has had difficulty coping with competition from Asia. Tourism has become increasingly important from the income and employment point of view and, after transfers from migrant workers, is the second largest source of so-called invisible income. The country’s most important natural resource is water, and projects for hydropower development are underway. Lesotho already produces more electricity than the country disposes of (only a small proportion of households have access to electricity) and electricity is exported to South Africa. In 1988, an agreement was signed with South Africa (Highland Water Scheme), which means that water from rivers in Lesotho is diverted to South Africa.

According to countryaah, Lesotho has a large deficit in its trade balance. Transfers, mainly from Lesothians in South Africa, have long outweighed the deficit, but since the mid-1990s, South African mines have reduced the workforce and many Lesothians have been forced to return. Imports are dominated by food and live cattle, machinery and transport equipment and petroleum products. Exports are dominated by textile and leather products, water, water energy and diamonds. Dominant trading partners are South Africa and the United States. Membership in the Customs Union SACU (Southern African Customs Union) contributes greatly to the country’s income.