Join a tour during which you will see India’s top attractions! We travel along the so-called “Golden Triangle” and visit New Delhi, Jaipur and Agra and experience the world heritage sites that are usually on most Indian travelers’ wish list. During the trip you will, among other things, visit the lively city of millions of Delhi, the Mughal rulers’ grand palace and the Taj Mahal. The trip also includes the holy city of Varanasi on the Hindu holy river Ganges where we get acquainted with the ceremonies performed by the millions of pilgrims who come here every year. We also visit Sarnath where the Buddha gave his first sermon on why the place is one of the most important places of pilgrimage for Buddhists. 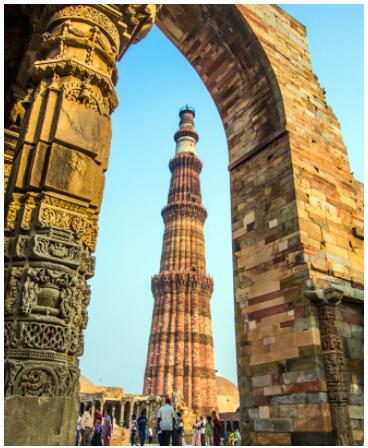 Day 1: Flight to Delhi
Meals are included on board the long-haul flight.

Day 2: Delhi
After a short rest, we take a tour of Old Delhi where it is buzzing with activity and people’s life. We see the old town’s famous city gates and several other historically interesting places, but also the characteristic narrow alleys and bazaars. We can enjoy a bike rickshaw ride in the colorful and spicy bazaar neighborhoods of Chandhi Chowk and soak up the exotic atmosphere. During our tour we pass the Red Fort which until 1857 was the residence of the Mughal rulers and from which India’s Prime Minister Jawaharlal Nehru in 1947 addressed the nation to mark the Indian nation’s newfound independence. We also see India’s largest mosque Jama Masjid (“Friday Mosque”), which was built in the mid-17th century by Mogul Shah Jahan (the Mughal ruler who also had the Taj Mahal built). In addition, we pass the Triumphal Arch India Gate and the Presidential Palace . After lunch we visit the tomb of the Mughal ruler Humayun and the Sikh temple Gurudwara Bangla Sahib . Overnight in Delhi.

Day 3: Delhi – Varanasi
After breakfast transfer to the airport and flight to Varanasi. Millions of Hindu pilgrims arrive here every year to bathe in the holy river and thereby be cleansed from their sins. Next to the river there are many crematoria and the ashes after the cremations are sprinkled over the river. We check in at our hotel and relax the rest of the afternoon. In the evening we visit the spectacular spectacle Aarti on the banks of the river Ganges, a Hindu ritual during which candles are lit which are allowed to flow away along the Ganges as a sacrifice to the river’s goddess of protection Ganga. We also get a bike taxi ride in the city’s alleys . Overnight in Varanasi.

Day 4: Varanasi
Early in the morning we experience the sunrise during a boat trip along the Gangesand witness the traditional purification ritual performed by orthodox Hindus at the many stairs leading down to the river. After lunch we head to Sarnath (also Mrigadava, Migadaya, Rishipannan and Isipatana), which is a deer park where Gautama Buddha first taught Dharma, and Buddhist Sangha was created by enlightening the condanna. Sarnath is located 13 km northeast of Varanasi. Then free time to explore the old city of Varanasi on your own. Overnight in Varanasi.

Day 5: Varanasi – Khajuraho
Transfer to the airport before departure to Khajuharo . After arrival we make a short stop at our hotel to freshen up. In the evening an event with cultural dance . Overnight in Khajuraho

Day 6: Khajuraho – Orchha
After breakfast we take a tour among Khajuraho’s incomparable Hindu and Jain temples that are over a thousand years old. The area where the temples are located is classified as a cultural heritage by Unesco and is known for its explicitly erotic sculptures. It’s called the Chandela Temple Complex and here are, among other things, famous erotic temples, some of the best examples of this kind of temple architecture in northern India. The fact that Khajuraho is a bit remote meant that they were not destroyed by the Muslim conquerors, and after that the fine chisels are in very well preserved and are said to show life in heaven. The temples were built during the Candeladin dynasty, and most were created during a rapid period of creative and religious energy. Between the middle of the 900s and 1000s. After ruling for 500 years, Candela fell against the Muslims and therefore Khajurao was abandoned as a religious center. The temples remain as a reminder of a religion that believed in the joy of life and close contact with Nirvana. Of the 85 temples, 22 remain, many of which are very well preserved. After lunch we go by bus to Orchha (travel time about 45 minutes) and our hotel. Overnight in Orchha.

Day 7: Orchha – Agra
After breakfast we visit the quiet town of Orchha on the river Betwa and here are many temples and palaces. The impressive 17th century temples are still in use, e.g. Ram Raja with its ascending spiers, and Lakshmi Narayan temple , which is known for its well-preserved walls. We visit the palace , built by Emperor Jahangir in the 17th century, and the pavilions Raj mahal and Raj Parveen Mahal. After lunch we take a bus to Jhansi where we board the air-conditioned Shatabdi Express to travel to Agra. After arrival transfer to the hotel. Agra was once the capital of the Mughal Empire (1526 – 1858) and is one of the biggest tourist attractions in India Overnight in Agra

Day 8: Agra (Taj Mahal)
After breakfast we head to the Taj Mahal where we spend the whole morning. The Taj Mahal is probably India’s most famous landmark and is inscribed on the UNESCO World Heritage List with the motivation: “A universally admired world heritage masterpiece”. The palace-like mausoleum was completed in 1631 and erected by the Mughal ruler Shah Jahan in memory of his beloved wife Mumtaz Mahal who died in childbirth. Then we get to see how to make marble stones that the Taj Mahal is decorated with. After lunch we visit Agra Fort, the beautiful fortification built in red sandstone. Behind the defensive walls you will find some of the finest and best-preserved palace buildings from the Mughal period. Overnight in Agra.

Day 9: Agra – Fatehpur – Jaipur
After breakfast we head to Fatehpur Sikri (“City of Victory”) built in the second half of the 16th century after the great mogul Akbar the Great fortified and expanded his kingdom. Fatehpuri Sikri served as the capital of the great mogul for a period of ten years before the city was finally abandoned. What remained, however, were the magnificent buildings with their magnificent architecture for posterity to view. The “Victory City” with its beautiful palace area and large mosque is on the UNESCO World Heritage List. We continue to the lively capital of the state of Rajasthan, Jaipur, also called ” The Pink City “. Overnight in Jaipur.

Day 10: Jaipur
In the morning we visit the famous Amber Fortress located just outside Jaipur. The fortress built in red sandstone and marble is a fantastic sight with its mighty protective walls that are reflected in Lake Moala below. We take a tour of the old defense complex and see its beautiful interior with high-quality murals, ivory inlays and mosaics. The tick dates from the 10th century and is on the UNESCO World Heritage List. We then visit a weaving mill and see how to dye fabric and make textile prints. We view the fabulous Hawa Mahal (“Palace of the Winds”) in red and pink sandstone and continue toCity Palace which is the residence of the current Maharajah. If the flag is raised, he’s home! Parts of the palace have been converted into a museum with collections of art, carpets and weapons, among other things. Nearby is the strange Jantar Mantar Observatory where you will find, among other things, a 27 meter high sundial. We also do an electric bike rickshaw tour and a trip to the market in the Pink City. Overnight in Jaipur.

Day 11: Jaipur – Delhi
We start the day with an hour of yoga . After breakfast we start the return journey to Delhi but make a stop in Sanganer, where we see how to make paper from elephant dung . We have lunch in the village and meet the locals. Overnight in New Delhi. During the evening we gather before the farewell dinner with Indian delicacies. Overnight in Delhi.

Day 12: Return from Delhi
In the morning transfer to the airport before returning home via Helsinki to the destination. Meals are included on board the long-haul flight. 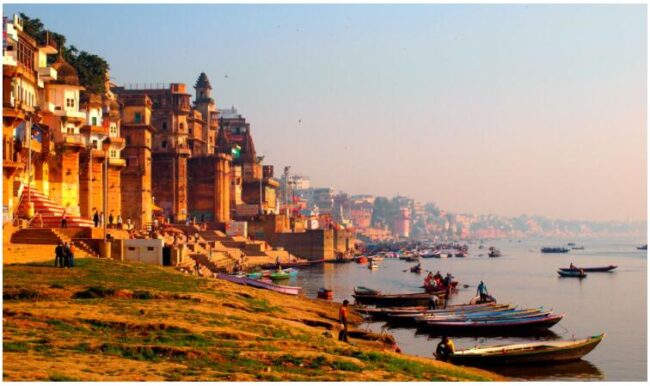